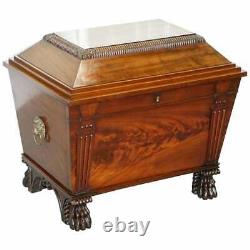 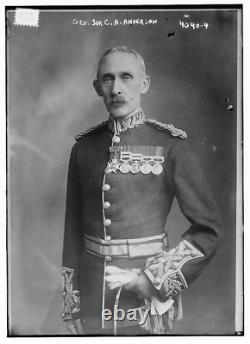 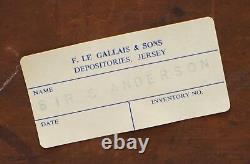 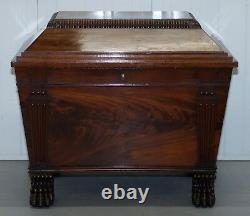 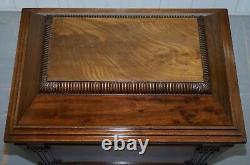 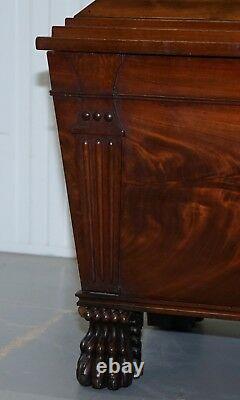 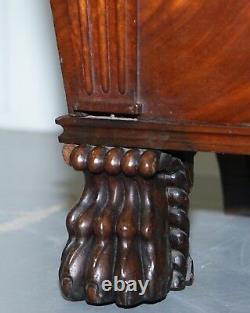 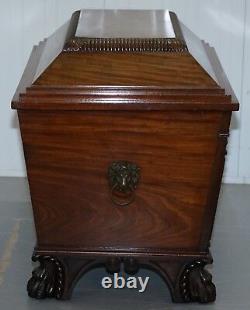 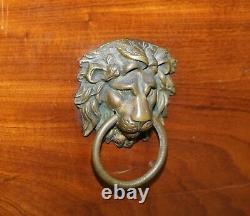 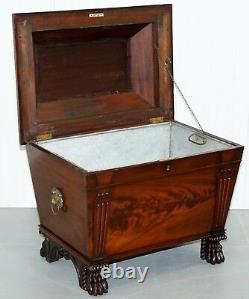 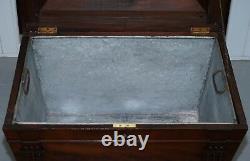 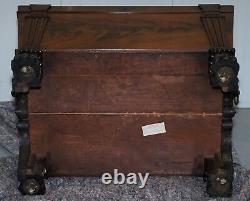 This piece is exceptionally large, it could hold maybe 30 bottles with ease, it comes complete with the original lining, the handles are Regency Lion knockers, the original castors are in place so is easy to move around, the feet very ornate Lion hairy paw, on its own this is a very desirable and highly collected piece of furniture. It comes with a transport label to the base F. LE Gallais & Sons Depositories Jersey who are a property and storage company that have been in business for over 90 years. Also detailed on the label is Sir C Anderson for Sir Charles Alexander Anderson, full details. Military career Anderson was commissioned into the Royal Horse Artillery in 1876.

He took part in the Jowaki-Afridi expedition 1877, the Second Anglo-Afghan War in 1878 and the Burma expedition in 1885. He went to the North West Frontier in India in 1897. He was awarded the Albert Medal for an event at Ferozepore on 30 August 1906 when a fire broke out in one of the Magazines of the Ferozepore Arsenal. The citation reads: Major-General Anderson, who directed the subsequent operations from the roof at the edge of the Magazine Compound, at a distance of some 20 yards, having ordered all persons to be cleared out of the fort, and placed a cordon round it at 1,000 yards distance, a steam fire engine was got to work, and the fire party which had been organised commenced their highly dangerous task of clearing cell No. 8 in which was stored some 19,000 lbs of gunpowder; they eventually succeeded in so doing, thereby cutting off the fire by the intervention of an empty cell.

He served in the First World War as General Officer Commanding the Southern Army in India from 1917. In 1921, he was conferred the Grand Cordon of the Order of the Sacred Treasure by the emperor of Japan. Please note all measurements are taken at the widest point, if you would like any additional or specific measurements, please ask.

Royal House Antiques is a privately owned family ran business founded in Wimbledon SW19 and now based in Pulborough RH20. We specialise in finding, restoring very fine luxury antique leather seating, along with every single other type of antique ranging from the 16. We also stock a number of designer brands such as Fritz Hansen, Ralph Lauren, Cavalli, Charles & Ray Eames, Vitra, David Linley, Rolex, Tiffany, Jager Le Coulter and so on.

Please view the very detailed pictures as they form part of the description pertaining to the condition. Royal House Antiques cannot be held liable for any independent assumptions made regarding the items we sell, if you are unsure on any point, please feel free to ask for clarity. Please note vintage period and original items such as leather seating will always have natural patina in the form of creasing and wear, we recommend annual waxing to ensure no moisture is lost, also hand dyed leather is not recommended to sit in direct sunlight for prolonged periods of time as it will dry out and fade. COURIER, LARGE ITEMS ONLY THAT CANT BE POSTED. Whomever delivers will always require help on the larger items to unload, the price you will be quoted will always be based on this assumption, if this is not possible, please let us know as it will affect the price to send a two-person team. The item "SIR ANDERSON ARMY GENERAL GEORGIAN IRISH 1810 MAHOGANY WINE COOLER CELLARETTE" is in sale since Thursday, April 11, 2019. This item is in the category "Antiques\Antique Furniture\Trunks & Chests".

The seller is "royal-house-antiques" and is located in Pulborough. This item can be shipped worldwide.